I did two years of Chinese classes, and I remember that the most intriguing part of my lessons was the entire idea behind their numbers. The reason why Chinese people seem so good at math is partially explained through how their numerals have been formulated – in a way that eases children’s learning of math. That’s because they count mathematically once they reach the number twenty.

And here are the symbols for each of them respectively:

However, once they reach twenty, they don’t have a new word for it (like “twenty”). Instead, they literally say “two-ten,” or “er shi,” which means two times ten. Twenty-one then becomes “two-ten-one,” or “ten times two plus one,” which Chinese pronounce as “er shi yi.” Thirty is then “three-ten,” or “san shi,” and it just follows the same rules: 36, for instance, is “three-ten-six,” or “san shi liu.” And so on. They do this until 99.

Not only that, the same concept is replicated when they write out the numerals. The symbol for ten, for instance, is 十. And the symbol for eight is 八. If you want to write eight, you draw 八. And if you’re going to write ten then you draw 十. Simple, right? Well, yes – and it gets even more straightforward; in a way that is mathematically comprehensible.

So if you want to write 80, which is “eight-ten” or “ba shi,” you just have to put those symbols together in the order you say them. Hence, the result is 八十. Ba shi. Eighty.

Eighty-one, which is “eight-ten-one” or “eight times ten plus one” then becomes 八十一 (Ba shi yi).

As a Chinese kid who is nowadays culturally obligated to be at a minimum level of proficiency in mathematics, this linguistic element indeed offers a major advantage to them. Besides, the pronunciation of these numbers also helps Chinese children in remembering these sets of numbers. In other words, excluding the mathematical benefit of such a relatively uncomplicated number system, Mandarin numerals also provide people with easy access to memorizing the digits.

In the book Outliers, author Malcolm Gladwell gives a great example of this, by introducing this set of numbers:

Now try reading the sequence above a couple of times, look away for twenty seconds, and then say the numbers by memory. If you speak English, you’re out of luck, because you only have about a 50 percent chance of remembering the entire sequence. Chinese people, however, have a nearly 100% chance of getting it perfectly right.

As explained by Gladwell:

Human beings store digits in a memory loop that runs for about two seconds. We most easily memorize whatever we can say or read within that two-second span. And Chinese speakers get that list of numbers – 4, 8, 5, 3, 9, 7, 6 – right almost every time because, unlike English, their language allows them to fit all those seven numbers into two seconds.

Outliers, by the way, is all about how certain aspects of our culture guarantees our success much more significantly than individual merit. In this chapter of the book, Gladwell truly leaves a compelling case as to why Chinese citizens are quantitatively better at math.

However, other languages are still very similar to Mandarin, meaning that they apply the same algebraic concept to it. For that reason, I’d like to clarify and add some other pieces of information.

First off, one of the leading things to remember is that the data that Malcolm Gladwell mentions in his interpretation of facts is heavily predicated on culture (which is what the book is all about). With that in mind, Chinese citizens have a more dynamic form of pronunciation because they culturally and automatically have extensive knowledge of mathematics due to the way their numerical system is formulated (in relation to other countries).

Secondly, it is true that other languages do have the same mathematical method in its linguistic structure. However, an essential factor to remember out of all of this is that approximately 1.2 billion people speak Mandarin. Although this seems irrelevant to the context of math, the way this language thrived amongst such a historical English-driven world is just fantastic. It allows people, to this day, to have a knowledge-centered approach to communication. 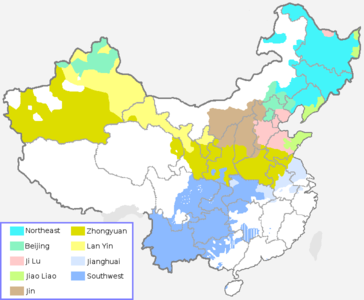 Lastly, in the question of citing how interesting Mandarin is, I’ve discovered other reasons that don’t involve mathematics. Here they are:

1 – As I was learning Mandarin, I started to realize that the usage of the language is not as complicated as people perceive. Firstly, even though Chinese has over 50,000 characters, speaking the language becomes more achievable once you know that the average Mandarin speaker uses about 25,000 thousand of them.

2 – Another acutely interesting factor of the Mandarin language is that there are certain words that are, in actuality, not words at all. Instead, they are “random” sounds and symbols before certain nouns. In specificity, there are zero verb conjugations in Chinese.

3 – Chinese becomes even more manageable once you realize that are no gender specifications in the language and that singular and plural don’t exist.

4 – In the brain, studies say that Mandarin is perceived similar to music. New research published in the Proceedings for the National Academy of Sciences about the different connections going on in the brains of Mandarin and English speakers, demonstrates just how flexible our ability to learn the language really is. [1]

5 – The precision of phonemes in Mandarin allows Chinese babies to acquire the critical sounds that constitute their native language easily. Even though Mandarin is many times frowned upon as too challenging due to its tonality – meaning that some utterances can refer a variety of different things – this fact permits people who learn the language to wire a completely different part of their brains.

6 – Speaking of the brain, Mandarin has major effects on our neurological connectivity. English, for instance, relies “more heavily on phonological information, or sounds rather than tones,” whereas Chinese depends on the complete opposite. As explained by The Conversation:

Chinese speakers had stronger connections leading from an area of the brain called the anterior superior temporal gyrus – which has been identified as a “semantic hub” critical in supporting language – to both Broca’s and Wernicke’s area. This increased connectivity is attributed to the enhanced mapping of sound and meaning going on in people who speak tonal languages.

Overall, Mandarin is gripping due to the way that the language has devised its way of counting in a simple, yet exceptional way. A method, in fact, that causes intellectual benefits to the people who use it by being mathematically truthful. As a result, Asian children learn to count much faster than nearly any other foreign child. Nevertheless, Chinese is exceptionally intriguing not just because of its mathematical attributes, but also due to a broad cultural effect it has had over the years. And all of this just by counting from one to ten.