I grew up around people whose lives were guided by typical behaviors. In Brazil, this means tuning in to the 7 PM soap opera, sitting in the living room while watching Programa Silvio Santos every Sunday, engaging in soccer-related discussions, and participating in the lottery. My old housemaids would continuously converse with each other about the possible numbers of the next result while daydreaming about what they would do with all the money and prizes. Even at an early age, I realized how seemingly sad that is.

Personally, I believe that all money should be earned. I refuse to accept money which I haven’t made, as it is something that I do not take for granted. However, I recognize that this is a biased comment due to the reality I was raised on – one with no financial troubles and preoccupations (that is up until two years ago when the economy started to collapse).

Throughout my childhood, I have merely been a passenger to other people’s troubles, and I’ve done that by always analyzing their addiction to the Brazilian lottery. As a kid, there were times where I would sleep very late watching cartoons on my mom’s TV. Despite that, from time to time when I changed the channel, I would catch a glimpse of those lottery shows which are incredibly popular in Brazil’s national broadcasting systems. I once stopped to see it. Excluding the actuality of them being incredibly tedious, the idea of it just seemed a bit “off,” or somewhat out of the reality that I was taught to abide by – one where the money people earned benefitted them.

Although I don’t want to come off as rude, one of the main reasons the people that I grew up with participating in the lottery was that their lives were (and still are) extremely monotone. In other words, there was never enough stimulation in their daily, routine-driven existence. They have to wake up before the sun shines, catch two metros and a bus just to get to their jobs. Their commute takes a massive chunk of time out of their lives, but the lottery is a way for them to diverge from that endless repetition. This is representative of the lower classes – not only in Brazil but the entire world. The 2011 Journal of Gambling Studies explains that the “poor are still the leading patron of the lottery and even the people who were made to feel poor buy lotteries.” With that in mind, my next point then becomes: lotteries essentially snare poor people.

Theoretically, [lotteries] represent an opportunity to roll the dice on 1 in 175 million odds to the benefit of public education and the like. Functionally, they behave as a tax on the poor and desperate, ripping people off en masse. And in times of desperation, poor people wager, even more, buying more tickets in an attempt to make up the losses.

Additionally, CNNMoney states that “multiple studies in states such as Texas, Connecticut, South Carolina and Minnesota have shown that the majority of people who play instant lotto games have a below-average income.” These people, which essentially sustain the social hierarchy of my country, are always manipulated by the life-changing amounts of money they have the opportunity – and perhaps even the slim chance – of winning. 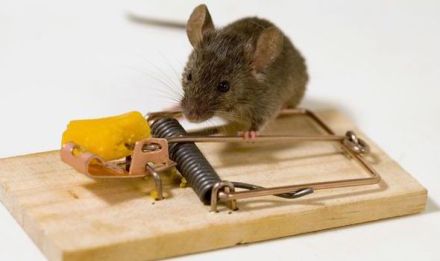 (Here’s a potentially helpful analogy: the cheese is the lottery. We are the innocent mice running around which just happens to bump into one of these.)

I firmly believe that the entire system of lotteries is rigged. A great example would be America’s Powerball. The unfortunate part of this is that there are numerous theories which are ultimately impossible to prove without interference from the government. Out of all of them, I argue that the “Marked From the Start” theory is one of the most compelling ones. The speculation says that you “should [not] even waste your time buying a Powerball ticket, because […] the winners are chosen beforehand — hence the strange demographics of those who take home major prizes.”

Besides, lotteries are a considerable source of revenue for international governing bodies. (Long story short, please read this if you are interested: State-Run Lotteries as a Form of Taxation.)

After reading some other sources, the conclusion is that the annual revenue of lottery tickets in the U.S. is of $70 billion!

(Above is the annual spending in billions of dollars of the lottery and other forms of entertainment. Notice how sports, books, games, movies, and music combined is still not as large of an investment than lottery tickets).

Moreover, governments can manipulate its citizens with these lotteries. For me not to ramble a lot on this specific point, I think that this quote from The Federalist wraps it up quite well:

The reality today is that lotteries fund the growth of state budgets with tens of billions of dollars taken from the pockets of poor and working-class people who don’t understand math, or who understand it but still throw their money away in pursuit of the gold at the end of the rainbow.

Not only that, but scams also occur in the lottery process itself. Usually, retailers trick customers, winners fail to claim the prize, and the lack of a solution only worsens the problem.

Now think; to someone who participates in the lottery and is consequentially subjected to these things – manipulations and deceptions – wouldn’t it be logical to assert that these people (especially the winners) are at a higher risk of suicide, for instance? Well, yes!

It is wise to analyze what these people (who are, in its majority, less educated regarding financial stability) spend their lottery money on. The Atlantic decided to examine exactly that. The conclusive evidence pointed out that they spend the money on mostly drugs and hookers.

Here’s a real story that illustrates the misuse of money: there once was a man, Michael Carroll, who won the lottery. He collected his 9.7 million Euros, and spent all the money on prostitutes and illegal substances, “only to end up back on the dole after eight years of living the Lotto life.” Thus, not only was the money not earned, as it was also not used wisely. Excluding the possibility of becoming bankrupt and ending up in debt, the risk of suicide as a result of winning the lottery is incredibly significant.

Here’s another story representing this:

In June of 1997, a man named Billie Bob Harrell Jr. took the $31 million Texas Lottery jackpot. At first, all was great: ‘Harrell purchased a ranch. He bought a half-dozen homes for himself and other family members. [Mr. Harrell, along with his wife and kids got new automobiles.] He made large contributions to his church. If members of the congregation needed help, Billie Bob was there with cash,’ writes Steve McVicker in The Houston Press. ‘Then suddenly Harrell discovered that his life was unraveling almost as quickly as it had come together … everyone, it seemed—family, friends, fellow worshipers, and strangers—was putting the touch on him. His spending and his lending spiraled out of control. In February those tensions splintered his already strained marriage.’ And tragically, 20 months after winning the lottery, Harrell committed suicide.

In short, the government can further benefit from the lower classes’ relative inexperience in handling money.

4. The Curse of the Lottery

“So many of them wind up unhappy or wind up broke. People have had terrible things happen,” said Don McNay, 56, a financial consultant to lottery winners and the author of Life Lessons from the Lottery. “People commit suicide. People run through their money. Easy comes, easy goes. They go through divorce or people die.”

All in all, I believe that lotteries should be abolished. We need to stop reminding the lower classes of how miserable they are – because that is precisely what happens.

It might be a massive money-maker for worldwide governments, but there are many other options for revenue: decriminalization and legalization of marijuana, sales of various services, different kinds of attractions (The Secrets Behind Disney’s $2.2 Billion Theme Park Profits), including many other alternatives. Even so, another enormous appeal that the government sadly has towards the lottery is the very easing of the control over the populace.

Here is a LastWeekTonight video on the topic which made me more interested in some other things regarding this matter. Firstly, notice how the government justifies the lottery as a means of “funding education.” However, does it really benefit education? I decided to look a little bit more into it.

According to the Washington Post, California’s public education system has received a total of approximately $24 billion since 1985. However, public schools are still not being benefitted, which is evidenced by their constant scarcity for various resources. But why? Well, as the article explains, it’s “because instead of using the money as additional funding, legislatures have used the lottery money to pay for the education budget and spent the money that would have been used had there been no lottery cash on other things. Public school budgets, as a result, haven’t gotten a boost because of the lottery funding.”

In Maryland, more than $519 million of lottery proceeds was contributed to the state in 2011, and that was used for programs including education, public health, public safety and the environment, according to the Maryland Lottery Web site. The lottery has given more than $12 billion to the state since 1973. Still, the state government is considering raising taxes to keep the state’s highly regarded public education system funded at record levels.

Another example is Washington D.C., a city where the lottery has provided over $1.6 billion for programs including schools and others. However, the city can’t meet its educational needs:

The mayor, Vincent C. Gray, has proposed a spending plan for next year that provides a 2 percent raise in the student funding formula.

I have lived in a country whose population has been ponderously manipulated by lotteries. I cared about these people and despised to see their hopes and dreams being crushed by the unreachability of their ambitions. Still, the lottery has taken over the masses of the world. In fact, it seems like local governments are not only manipulating its citizens but the media as well. In other words, the lottery does not seem to benefit education. At least not in the U.S.

Also, even if this system was a useful asset to public schools, the constant citizen manipulation would already make the lottery ineffective due to the imbalance it would cause upon different sections of society. Plus, there are many other ways that governments and individuals can contribute to education.

Lastly, none of this would be a problem if people weren’t indeed addicted to the lottery. Here’s another article which supports this claim, and I’ll just leave you with a quote from it:

Lottery players run on hope, and that a little-feigned enthusiasm could keep them in check. For weeks afterward, I started each sale by saying, ‘Are you ready to win?’ People lapped it up.