Throughout the last few years, doping has once more become a ferocious debate within the athletic environment. From cyclist Lance Armstrong – who was caught recirculating his blood to regenerate red blood cells – to Brazilian UFC champion Anderson Silva (who used synthetic testosterone to strengthen his body), the competitive world of sports seems to have normalized the usage of performance-enhancing drugs. In approximately 35% percent of the documented cases, amateur sports athletes have doped themselves (including 8% that have already taken steroids). However, what the media often fails to acknowledge is the perspective of the perpetrators themselves. Therefore, it’s time to hear what they have to say.

In his autobiography, Lance Armstrong’s teammate Tyler Hamilton explains that he “always said you could have hooked us up to the best lie detectors on the planet and asked us if we were cheating, and we’d have passed.” For them, doping was not a matter of jeopardizing the rules of the sports, but making the very nature of competition more equal. Tyler explains that they did this “not because we were delusional—we knew we were breaking the rules—but because we didn’t think of it as cheating. It felt fair to break the rules.”

That said, is there a boundary between what is allowed and what is done to compete at an equal level? If doping is indeed an effective method of ensuring fairness in different sports, it seems hypocritical that we continue to ban hundreds of athletes every year for using them. So let’s dig deeper as to why this compulsion remains. 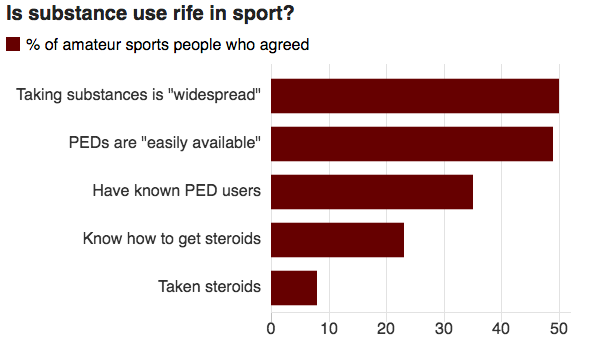 1. A Blessing in Disguise

In the Western part of Finland precisely eighty years ago, a man by the name of Eero Mäntyranta was born. Today, he is known as the most excellent Finnish skier of all time. People all around the world have been inspired by his fine skills and work ethic – something which provided him seven medals throughout just three Winter Olympics. Despite that, what many don’t know is that Eero carried, throughout his entire life, a rare genetic mutation. In David Epstein’s The Sports Gene, he interviews Eero and talks about this very alteration. He writes:

His DNA has an anomaly that causes his bone marrow to overproduce red blood cells. That accounts for the color of his skin, and also for his extraordinary career as a competitive cross-country skier. In cross-country skiing, athletes propel themselves over distances of ten and twenty miles—a physical challenge that places intense demands on the ability of their red blood cells to deliver oxygen to their muscles. Mäntyranta, by virtue of his unique physiology, had something like sixty-five percent more red blood cells than the normal adult male.

Having said that, if an apparent blessing in disguise is enough to cause inequality within the competition of a given sport, why is it so immoral to try to correct these injustices by taking the substances that do so?

In his New Yorker article, author Malcolm Gladwell questions the same thing. “Imagine,” Gladwell says, “if all the schools in England had a rule that you can’t do homework, because homework is a way in which less able kids can close the gap that Nature said ought to exist. Basically, Armstrong did his homework and lied about it! Underneath the covers, with his flashlight on, he did his calculus! And I’m supposed to get upset about that?”

It sometimes seems that, in order to compete at a minimum level of equality, doping is the only answer for many athletes. For example, if you’d like to rival against Usain Bolt and you’re not from Kenya or Ethiopia, your chances of winning against him are very slim. This statistic might sound like a stereotypical statement – like saying that Asians have been historically more proficient in mathematics – but it’s nonetheless true on a biological level. 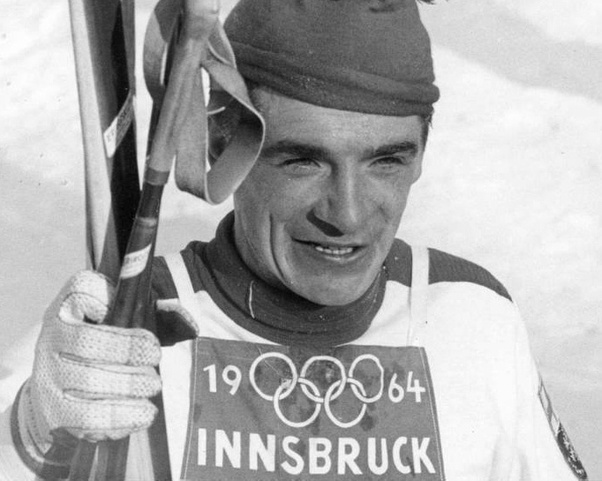 On the other hand, runners from the Kalenjin tribe in Kenya – where the majority of the country’s best runners come from – turn out to be skinny in precisely this way. Consequently, this genetic type is passed on through thousands of years and hundreds of generations, until we have someone like Usain Bolt who has, as his only competitor, himself.

If you are, say, an Eskimo, you’d be grateful if you had a physical variation that allowed you to conserve more copious amounts of heat over extended periods of time. The same idea applies to athletes who use these drugs: since they were not lucky enough to acquire these organic advantages, they inject synthetic testosterone in their veins to have a match with those who don’t need to do the same.

For a moment, think about baseball players. For the sake of being better at their profession, many of them undergo serious eye surgeries so they can pitch better during the games. Naturally, the majority of MLB players have, as a result of years of this practice, a significantly better vision than every other type of athlete. Epstein explains that “no one is born with the anticipatory skills required of an elite athlete.” In truth, many are born with natural advantages that help them later on. Still, the reason why we accept a technical body modification in baseball’s case is that surgery is entirely legal. However, what if the same MLB players had instead taken illicit drugs that achieved the same thing: enhanced vision? Well, we’d go crazy. 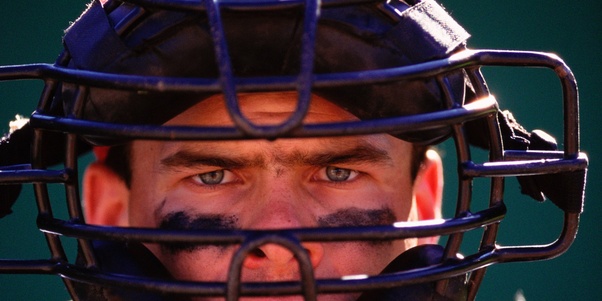 Another fruitful example is that of soldiers in the Great War. At that time, for some unknown reason, thousands of recruits were incapable of buttoning their collar – and in turn rejected by the U.S. Army. Nevertheless, further research revealed that the culprit was the absence of iodine in many regions across the United States. “Without [iodine],” Gladwell’s article declares, “the human brain does not develop normally and the thyroid begins to enlarge.”

During the recruitment stages predating World War I, certain parts of the United States didn’t have enough iodine in their local diet. Consequently, this made soldiers from specific areas of the country acquire a high incidence of goiter – a lump on their neck caused by the swelling of the thyroid gland. As explained by a 2016 research paper of the National Bureau of Economic Research:

Ocean water is rich in iodine, which is why endemic goiter is not observed in coastal areas. From the ocean, iodine is transferred to the soil by rain. This process, however, only reaches the upper layers of soil, and it can take thousands of years to complete. Heavy rainfall can cause soil erosion, in which case the iodine-rich upper layers of soil are washed away. The last glacial period had the same effect: iodine-rich soil was substituted by iodine-poor soil from crystalline rocks. This explains the prevalence of endemic goiter in regions that were marked by intense glaciation, such as Switzerland and the Great Lakes region. 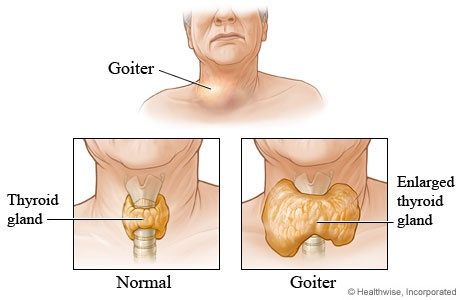 Another helpful analogy (I know, there are many) is that of basketball. Nearly 95% of all NBA players are six feet tall or more. A player under this height (and with a great deal of skill) is so unique that they are usually praised for their ability. Isaiah Thomas, who is “only” 5′ 9″, is never on the list of top 10 players in history, but always in the top three list of “best players under six foot.” The reason why relatively short people like Isaiah receive so much praise is that we have become used to thinking that the only way you can be minimally good at a sport like basketball is by being tall. Therefore, when the world experiences something outside the norm – and that just so happens to have an immense success – we are hooked. We are programmed to think that they must be amazing just because they are not like the others. But what if Isaiah wasn’t as skillful? What if he wanted to be an NBA player, but didn’t have the right physicality? What if he had used an illegal PED to make himself exceptionally taller, allowing him to compete with others? Doesn’t that sound like equality, too?

In truth, sports is something that is inherently not equal. Even though out of the “79 people interviewed who had specifically taken anabolic steroids, 41% said improving performance was the main reason for taking them, followed by pain relief (40%) and improving how they look (34%),” there’s also a more unconscious motivation as to why athletes inject themselves with famously disastrous substances.

In my view, when we argue against doping by saying that it “hinders equality,” we are basing our argumentation in something that is inconsistent with that we see in the “default setting” of competitive athletics. Case in point, Gladwell furthers this point by saying that “when we watch élite sports, [what we are watching] is a contest among wildly disparate groups of people, who approach the starting line with an uneven set of genetic endowments and natural advantages.” In its purest form, sports will always have Eero Mäntyrantas, who carry around in their blood, by dumb genetic luck, the ability to finish forty seconds ahead of their competitors. (Or we’ll always have Usain Bolts, who have African descendants that affect every tiny bit of their physiological abilities.)

Thereby, élite sports supply, as Epstein puts it, a “splendid stage for the fantastic menagerie that is human biological diversity.” Even so, it is this very diversity in athletes that makes the world of sports exhilarating. Simultaneously, we also have a sincere desire to make these games as fair as they can be. But how can a fantastic menagerie ever be a contest among equals?

In conclusion, all of this is to say that, if doping were safe, I’d see no problem with its usage. Many times – and I promise I’m being serious here – a simple sip of Gatorade in the short-term causes the same effect as redistributing some red blood cells just before cycling in the Tour de France. After all, energy drinks have electrolytes, and your body soaks them quicker due to exercise – making you, for some hours, more energetic and able to endure hard physical work. Nonetheless, even though we know that not every person drinks it before a decisive soccer match, we don’t prohibit Powerade. On that account, if we doom all of our athletes with the limits of their bodies, we would also have to prohibit baseball players from getting eye surgeries and naturally gifted people from competing.

Lastly, if equality is what we truly want, I think we might have been wrong all along. In other words, if our only issue with doping is that it puts people at an unequal advantage, then we’ve got a great deal of rethinking to do. Personally, the only concern I have is that it is potentially hazardous to use what is being distributed in the illegal market of drugs. Amongst many setbacks – such as numerous and tragic effects in one’s liver, fertility, and the addition of the potential of death from a massive heart attack – it remains incredibly relevant not to forget the misfortunes of such stimulants. As explained by Dean Burnett, the negative consequences of these drugs can’t be overlooked:

Top athletes put their bodies through punishing regimes with long-term consequences as it is. Making doping compulsory would only drastically increase the risk of serious damage to the health of an athlete. And it would be compulsory; the odds of someone at that level relying on the ‘natural’ approach when all their competitors are doped up to the extremes are laughably small.

Regardless, the prospect of legalizing performance-enhancing drugs might be a fantastic idea…in the future. For the time being, the world still has to confront a worldwide health crisis involving athletes who, ultimately, just want to compete against the never-ending supply of Eero Mäntyrantas and Usain Bolts in a world saturated by the illusion of equality.